An Involuntary Redemption
Hope,that solitary mistress…
somehow abandons me, yet the sun doth shine somewhere
even though babies cry under bullets perhaps sold by my treasonous hand.
The air on the other side seems stale.
I dare not open the door for I fear the rumble of rats..
Persistently stalk, spread disease and invade my lost innocence,
they are are no friends of mine.
If they screech out my name I know them not.
Given no heed, at times the battle seems lost forever
by acts treacherous as they are involuntary.
Eyes not withstanding, a heart incapable of grasping a vision’s full compass,
The Lord thus eases my pain through an apparent blindness.
Still, in a myriad of fragmental imagery I am brought to my knees torn by tearful doubt.
Redemption of what I know not brings no solace.
and (to the East) I sigh
as I search.. and find but dark thought.
I thus come to you with my candle,
in an involuntary redemption 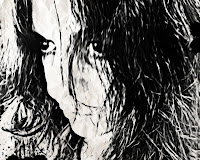 (To Libya,
to the human desert,
to gun running warlords as they greedily
murder me…
an utter rage of silence
and opposition)
.

This site uses Akismet to reduce spam. Learn how your comment data is processed.